*deep in the underworld , kneeled in front of a large red armchair , is a Young female vampire , her deep crimson hair hangs around her shoulders , despite her position there is an air of defiance about her , as if her aura is saying , I don’t deserve to be here , you can’t keep me here *

Lucifer ~*looks down on this person and says with a sigh * Really Kurai , this is the best you can do , get yourself caught , did you really think you could get away with helping the shadow realm kidnap humans *laughs a bit * Are you also such a fool as to take orders from the red demon , he is the most notorious criminal , one that has never seen time in any circle of hell ,his followers always do . but do you know what makes you both so uniquely different *leans in closer and smirks * you were finally caught and will be placed in the deepest circle of hell that I have *leans back and steeples his fingers * unless ….*looks thoughtful *

Surai~*peers up at him though her curtain of crimson, seemingly unconcerned at his previous worlds * …unless what ?

Lucifer~*smirks and says in a voice that sounds amused and delighted * Unless you can complete ONE task that does not benefit you in some Way . Just one Task . Then I will lighten your sentence . can you do that Kurai?

Surai~*looks at him with a sardonic smirk, her voice cocky and way to confident as if she has just found a loophole of some kind * of course your Lordship , of course I can do that

Lucifer ~*eyes flash a bit but he still smiles and his voice is warm but full of warning * If you think this is a game Kurai , just test me and you will regret it 10 fold , do you understand me ?

Surai~*for just a moment , something like fear flashes in her eyes and she nods and says in a somewhat obedient voice* yes sir , I understand 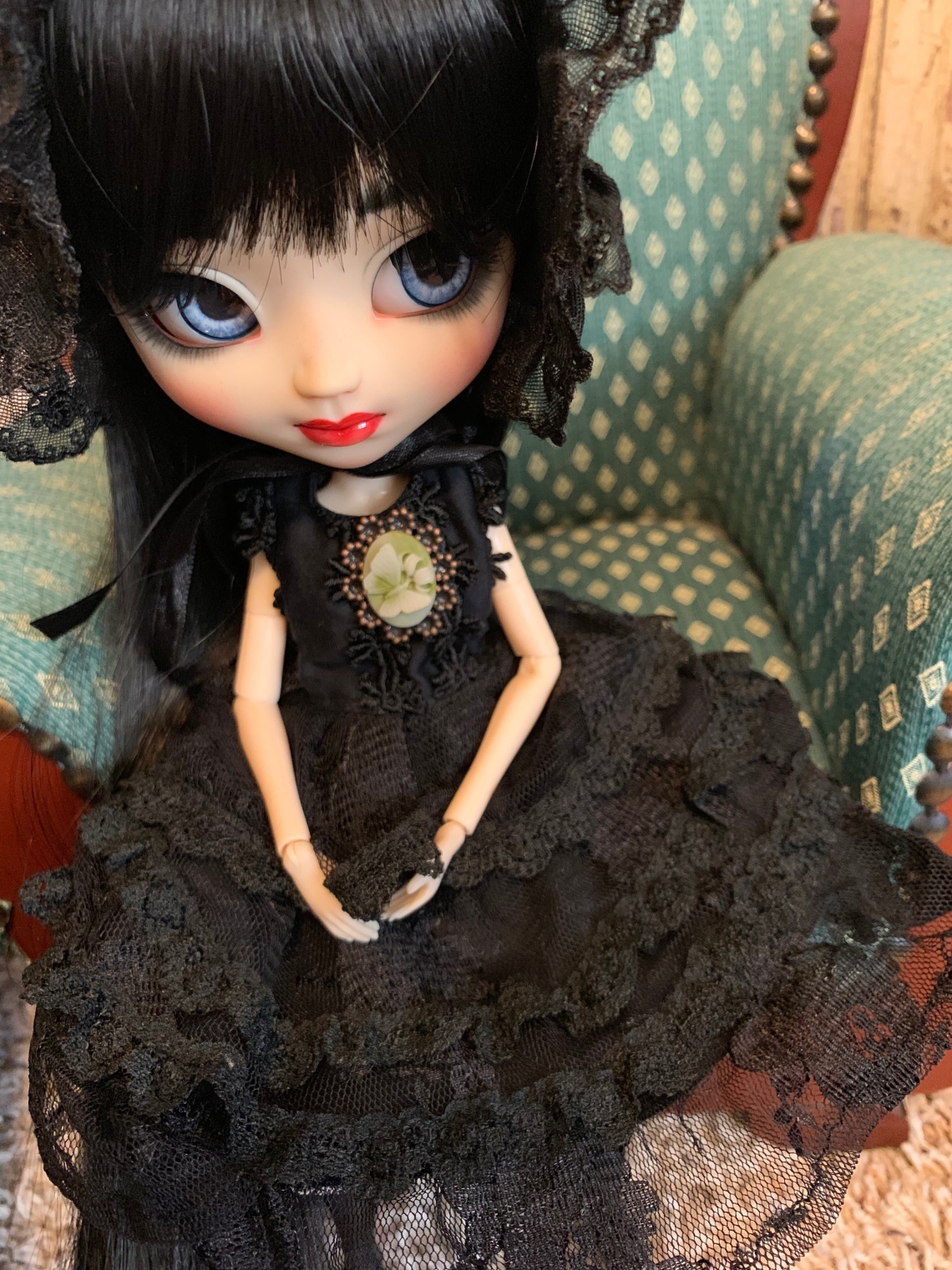 Margo~*is sitting at V’s in her favorite large green armchair , she is looking down at her hands , her fingers fiddling with the lace on her dress , she looks like she has been crying , her breathing is staggered , but she is trying to be so quiet * 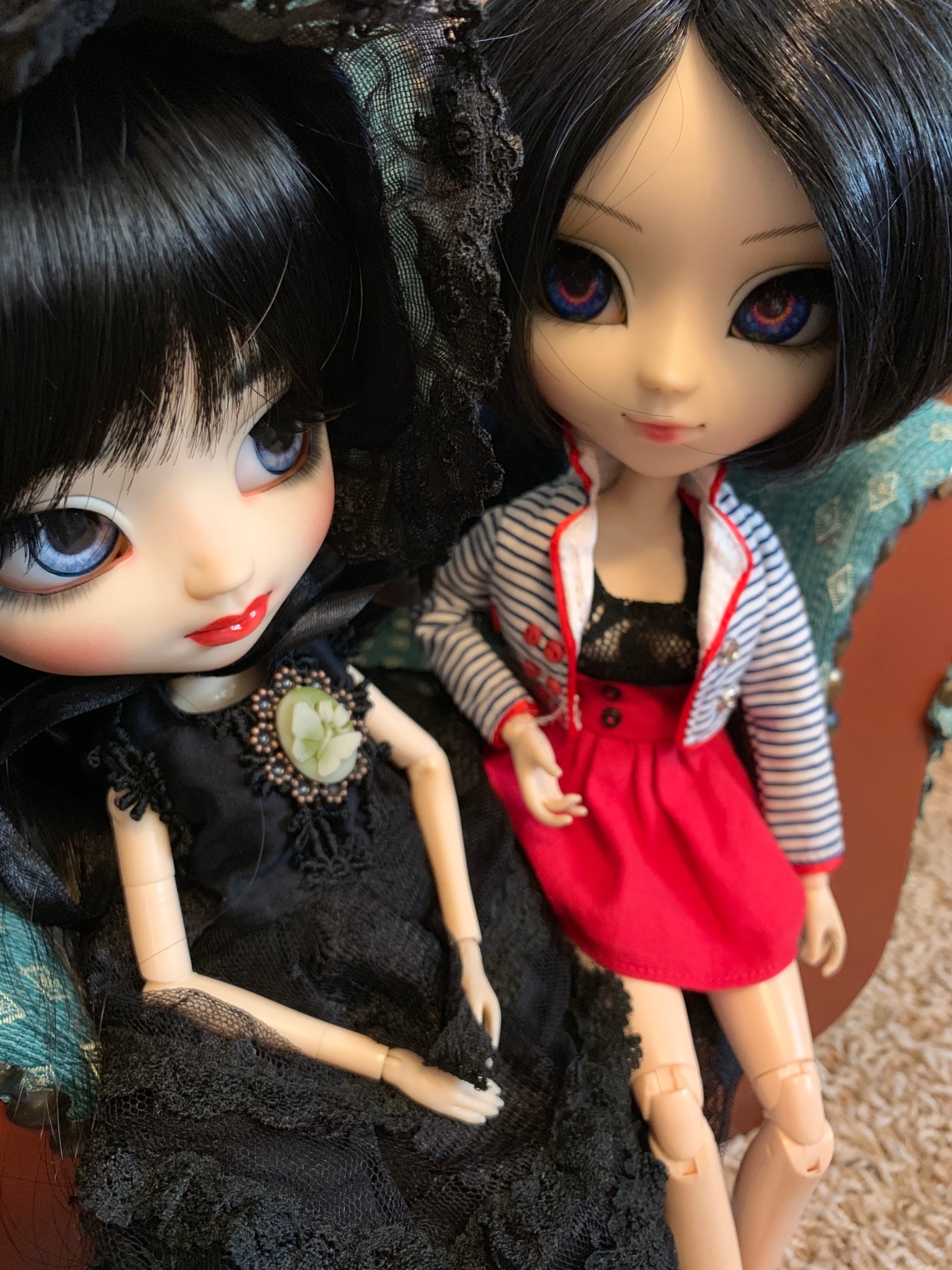 V~*having sensed something is not quite right with her , sits down beside Margo , her voice is soft and concerned * what is it my Love . *she makes no move to touch her , but concern is clear in her features *

Margo~*in a very small voice , her hands now twisting together in her lap , she manages to ask the question that has been bothering her *

V~*she can’t help but smile a bit , but she holds back her chuckle , she sees Margo is very upset by this word , she speaks gently * Margo , please look at me .

V~*asks softly and gently * where did you hear that word my Love ?

Margo~*her eyes fill slightly with tears , her hands digging into her lap , she says quietly * Arabella said it

V~*smiles and chuckles very softly * awww my Love , it is just a word and not one to fear

Margo~*her hands still pressed so hard in her lap , she whispers * is that what I am ? …Is it ?

V~*gently and honestly answers her question* yes my Love , you are

Margo~*her voice soft but filled with emotion * what does it mean ? *she remembers how she felt when Miss V ordered her to kneel, it made her stomach flip uncomfortably * 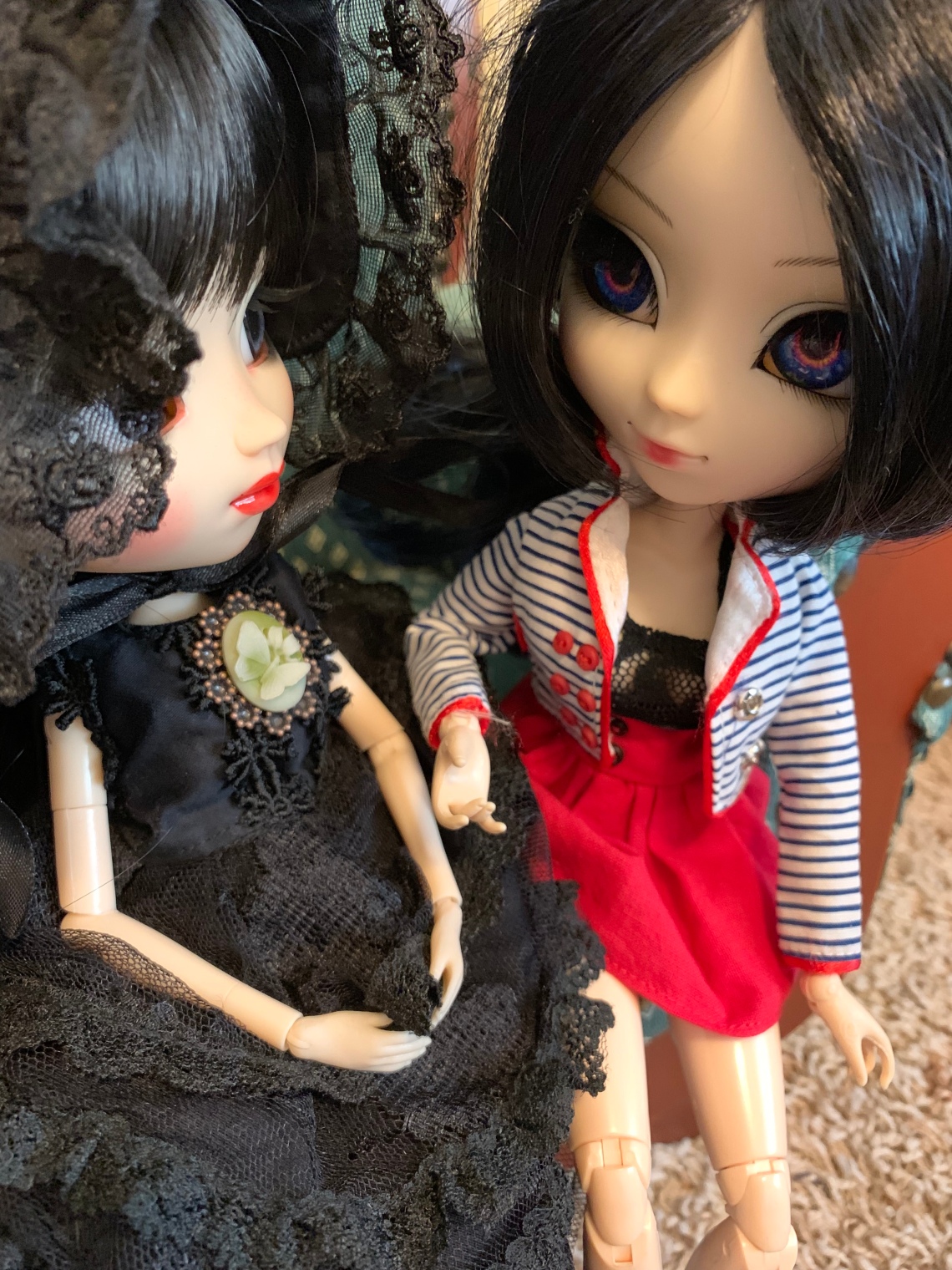 V~*watches her closely , she knows Margo is an innocent in these matters , but also an intelligent girl , she proceeds cautiously all the same, she speaks calmly and gently once more * one definition of a Submissive is one who gives themselves freely to a dominant ,in our case , during sexual activities, that is what Arabella meant *she watches her closely , concerned how she will react *

V~*finds her so adorable and can’t help but chuckle softly * yes my Love , I am 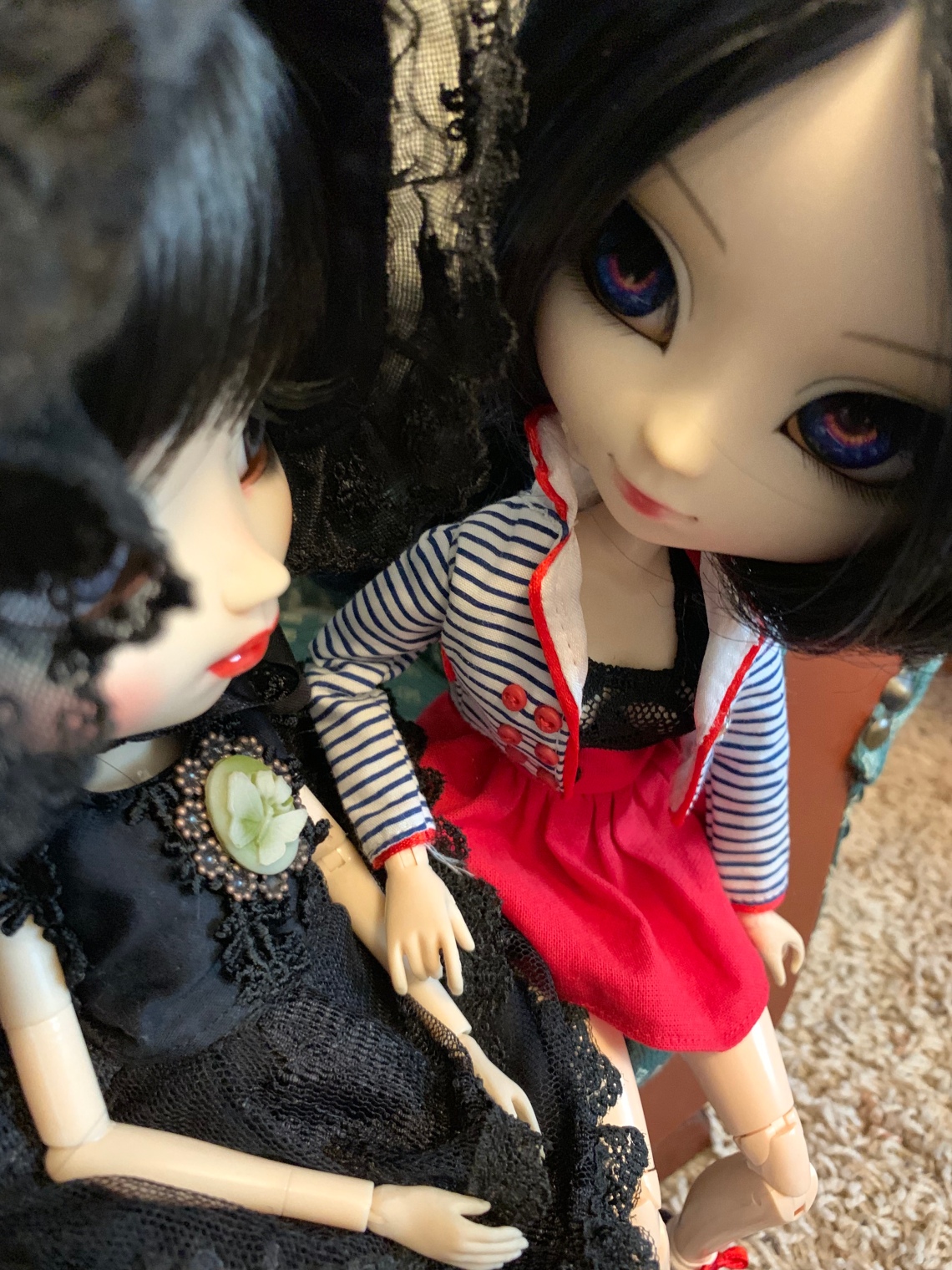 V~*chuckles warmly * I’m very pleased that you do ..*regards Margo for a moment more , a devious glint in her eyes , she smirks a bit * would you like to learn more ? 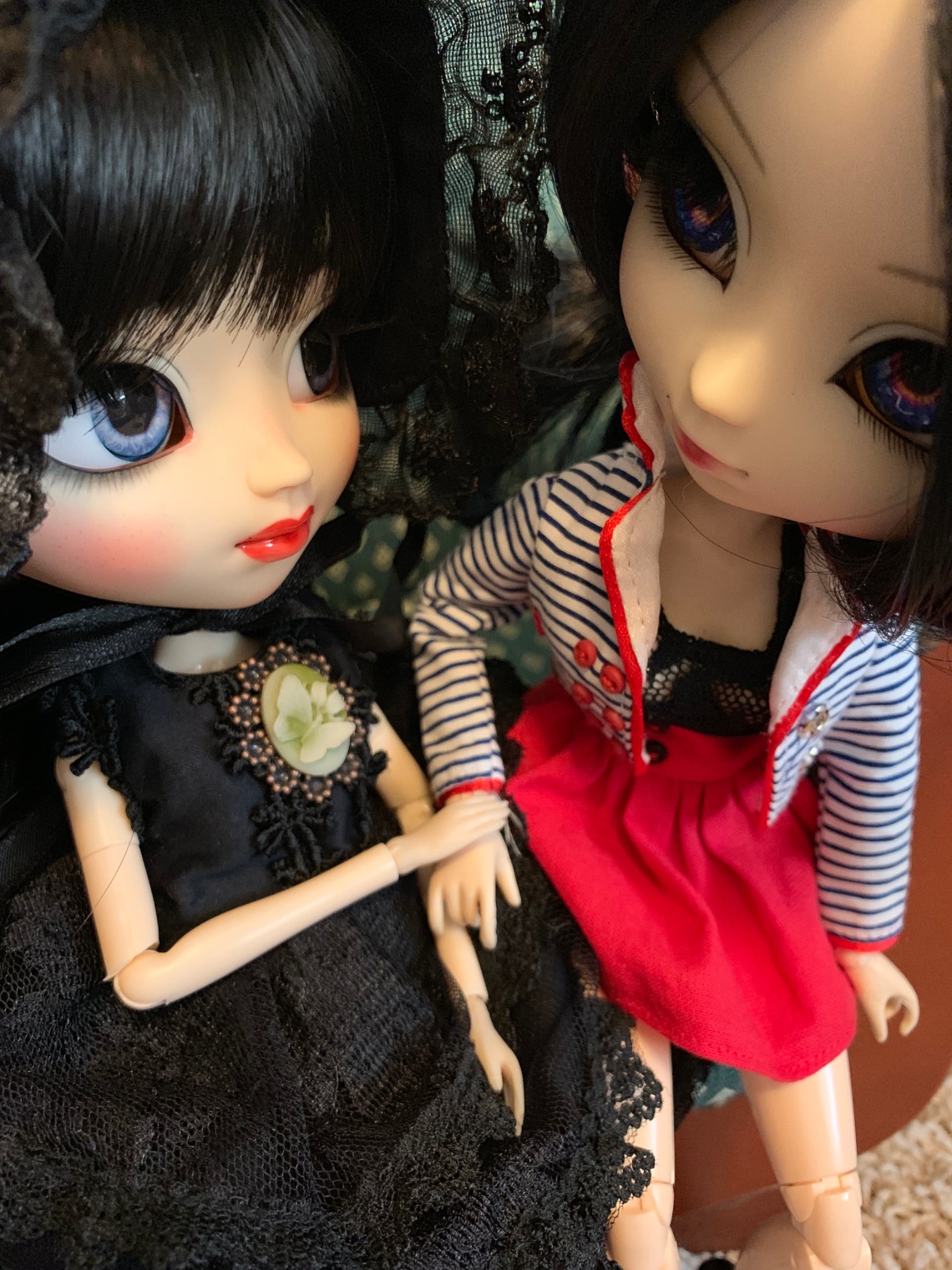 Margo~*a shiver runs through her body , but not of fear , but of excitement , she looks at V and says in a tremulously excited whisper * Yes , please …

I’m a little obsessed with Margo and V at the moment . Also wanted to get Kurai more involved in the story lines , he is in more trouble now than he has ever been . But he deserves it, we shall see if he will fulfill Lucifer’s task