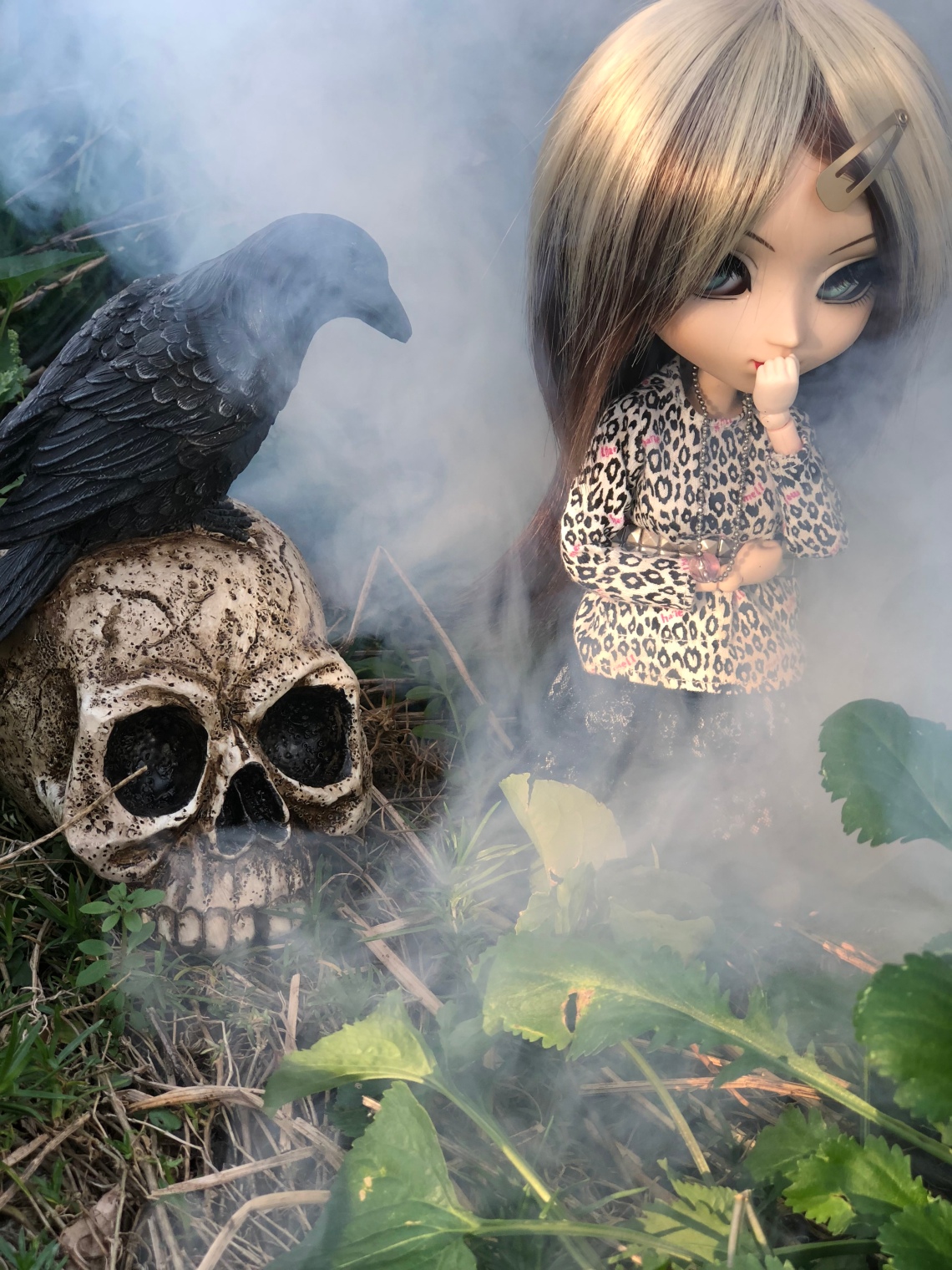 Mel~*after entering the portal , something odd happens , she is alone, Hortensia is not here in this place , but there is a skull and on the skull there is a crow , is she dreaming ? She must be . Then the crow speaks and her heart Almost stops *

*she is left alone, but she feels something tugging on the edge of her brain and a voice speaking to her *

Hortensia~*is shaking Mel *Mel , wake up , we are on the other side , I should have warned you not to close your eyes , that’s why we gave you the goggles , what did you see ?

Mel~*looks shaken , like she might cry , remembering the crows words , what will happen to her in this realm , was what he said going to happen or was it a dream , she can’t speak *

Hortensia~*looks at her concerned , her voice kind and gentle * Just breathe Miss , it’s going to be alright , don’t listen to the dream wraiths, now lets get you to the city ..

Hortensia ~*smiles and says gently * it’s alright , it’s just one of the guardians ,he won’t hurt you miss *she leads her through the fog until they reach the other side , a very large city is spread out before them , the buildings shimmer in the light of the evening as it fades over the horizon , fog gathers around its base * there is the city miss , it’s where I need to take you and where we will meet Horatio and Wanda

Mel~*keeps a tight hold of Hortensia , she feels so nervous being in this place , Especially after the incident with the crow in the fog , she wishes Wanda was with them , she needs to see someone familiar, she follows Hortensia , staying so close to her , because she knows somewhere in that city she will see Wanda*

Hortensia ~*leads Mel down a path that is winding but never the less ends up at the city limits , the giant clock tower commands the city skyline , but they lose sight of it as they get closer *

Mel~*looks around the city as they begin to walk through it , it is lined with Gargoyle statues , some on every building , each with a clock around its neck , fog also lines the street , their eyes follow her , she is less afraid of these , because she knows they are guardians now and she remembers when she first met Wanda , her form was very like these , although at the time it was frightening to see *

Hortensia~*Looks at the device in her hand, stopping in front of a very large building that is to high to see the top of from where they are standing * I have received a message from Horatio , they are just inside , they are waiting for us miss *leads Mel into the building , whose doors open for them automatically *